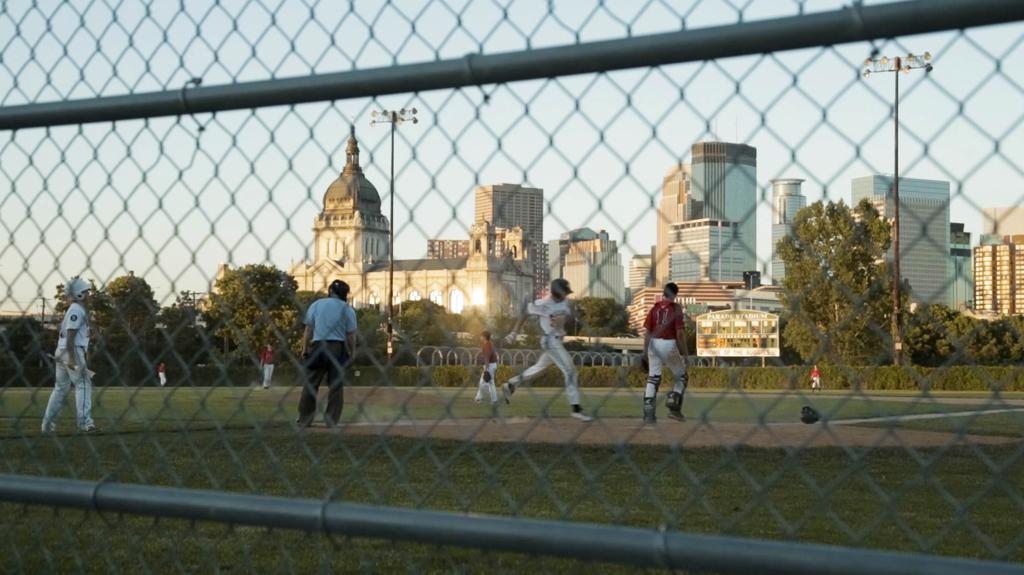 A high-quality sports program – MYBA's main goal is to offer a higher level of competition for kids who truly love the game of Baseball.

Five Things to Know About MYBA and Traveling Baseball

1. When does the season begin and end? The season begins with outdoor practices in early April, usually when the snow melts and the parks open. Practices could possibly begin as early as mid-March, if a coach secures indoor practice space. Regular season games begin in early May and end in early July. Post-season playoffs and tournaments may extend the season to late July.

2. What's the time commitment? On average, teams have four baseball "events" (games, practices, tournaments) per week, although some weeks will be more, some be less. Generally, the season breaks down as follows:

Pre-season practices begin late March/early April – These practices are held 3-4 times per week at neighborhood parks. Pearl, Armatage, Todd and Lynnhurst are popular destinations, but the coaching staff will determine where to practice. Practices are generally 1 1/4 - 2 hours. This will vary from team to team.

League play begins in late April/early May and ends mid-July – Once your team’s league schedule begins, expect on average two games and up to two practices per week. Practice frequency for a given week will vary based on the number of games and whether there's a weekend tournament.

3. Where and when are games played? Most home league games are played at the Neiman Sport Complex near the Minneapolis/St. Paul Airport (off of 62-Crosstown south of the airport). League away games are generally played in suburban communities such as Burnsville, Apple Valley, Eagan, and Lakeville to the south and Wayzata, Eden Prairie and Chaska to the west. Game start times are generally between 6:00 pm - 6:30 pm before school is out, although an occasional start after 8 PM is possible. Some league home games can also be played on weekend days at Neiman.

4. Are kids able to play another sport concurrent with Millers baseball?

Yes, but it requires some management on your part. Juggling multiple sports can be exhausting to you and your player. We also expect multi-sport players to still provide a high level of commitment to their Millers team, even if baseball isn't their #1 sport. Our season is VERY short (3-4 mo.) compared to other sports, so we expect families will focus on baseball during this short time frame.

Keep in mind, player attendance and participation at all practices and games is expected, and critical to the development of the individual player and the team.

5. What about other schedule conflicts? The Millers travel baseball program realizes that life doesn’t revolve completely around baseball. You can expect that your team will certainly understand schedule conflicts with church events, school events, family activities and other functions. However, if your family has other commitments, like traveling to a family cabin every weekend, traveling baseball may not be the best fit for you. Here are the Millers Travel team rules of thumb for avoiding conflicts and allowing your kid to get the most out of the Millers Travel Team experience:

Hundreds of college athletes were asked to think back: "What is your worst memory from playing youth and high school sports?"
Their overwhelming response: "The ride home from games with my parents."
The informal survey lasted three decades, initiated by two former longtime coaches who over time became staunch advocates for the player, for the adolescent, for the child. Bruce E. Brown and Rob Miller of Proactive Coaching LLC are devoted to helping adults avoid becoming a nightmare sports parent, speaking at colleges, high schools and youth leagues to more than a million athletes, coaches and parents in the last 12 years.
Those same college athletes were asked what their parents said that made them feel great, that amplified their joy during and after a ballgame.
Their overwhelming response: "I love to watch you play."

• Overemphasizing sports at the expense of sportsmanship: The best athletes keep their emotions in check and perform at an even keel, win or lose. Parents demonstrative in showing displeasure during a contest are sending the wrong message. Encouragement is crucial -- especially when things aren’t going well on the field.


• Having different goals than your child: Brown and Miller suggest jotting down a list of what you want for your child during their sport season. Your son or daughter can do the same. Vastly different lists are a red flag. Kids generally want to have fun, enjoy time with their friends, improve their skills and win. Parents who write down “getting a scholarship” or “making the All-Star team” probably need to adjust their goals. “Athletes say their parents believe their role on the team is larger than what the athlete knows it to be,” Miller says.

• Treating your child differently after a loss than a win: Almost all parents love their children the same regardless of the outcome of a game. Yet often their behavior conveys something else. "Many young athletes indicate that conversations with their parents after a game somehow make them feel as if their value as a person was tied to playing time or winning,” Brown says.

• Undermining the coach: Young athletes need a single instructional voice during games. That voice has to be the coach. Kids who listen to their parents yelling instruction from the stands or even glancing at their parents for approval from the field are distracted and can't perform at a peak level. Second-guessing the coach on the ride home is just as insidious.

• Living your own athletic dream through your child: A sure sign is the parent taking credit when the child has done well. “We worked on that shot for weeks in the driveway,” or “You did it just like I showed you” Another symptom is when the outcome of a game means more to a parent than to the child. If you as a parent are still depressed by a loss when the child is already off playing with friends, remind yourself that it’s not your career and you have zero control over the outcome.


FIVE SIGNS OF AN IDEAL SPORTS PARENT
Let’s hear it for the parents who do it right. In many respects, Brown and Miller say, it’s easier to be an ideal sports parent than a nightmare. “It takes less effort,” Miller says. “Sit back and enjoy.” Here’s what to do:

• Cheer everybody on the team, not just your child: Parents should attend as many games as possible and be supportive, yet allow young athletes to find their own solutions. Don’t feel the need to come to their rescue at every crisis. Continue to make positive comments even when the team is struggling.

• Know what is suitable to discuss with the coach: The mental and physical treatment of your child is absolutely appropriate. So is seeking advice on ways to help your child improve. And if you are concerned about your child’s behavior in the team setting, bring that up with the coach. Taboo topics: Playing time, team strategy, and discussing team members other than your child.

• Know your role: Everyone at a game is either a player, a coach, an official or a spectator. “It’s wise to choose only one of those roles at a time,” Brown says. “Some adults have the false impression that by being in a crowd, they become anonymous. People behaving poorly cannot hide.” Here’s a clue: If your child seems embarrassed by you, clean up your act.

• Be a good listener and a great encourager: When your child is ready to talk about a game or has a question about the sport, be all ears. Then provide answers while being mindful of avoiding becoming a nightmare sports parent. Above all, be positive. Be your child's biggest fan. "Good athletes learn better when they seek their own answers," Brown says.
And, of course, don’t be sparing with those magic words: "I love watching you play."